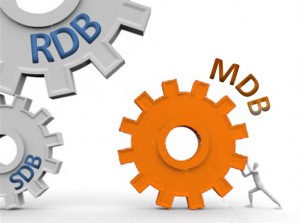 Getting started with a Monitored DataBase MDB

We already have got opportunity to detail principles, rationale and running of these new “Monitored” Data Bases MDB… It is great time right now to present upon a practical means three tutorials describing in details the three serial steps which allow for getting a MDB linked to any other existing “agreed” RDV, then for customizing this MDB as to fit the requirements of the pending study, and finally using this MDB to carry out at best the clinical study upon the regulatory commitments about follow-up for enrolled cases.

These three tutorials thus comprise: (1) Settings by the Local Administrator of the “transmitting” RDB allowing for CRFs to get linked with the corresponding MDB by those among all users of this RDB that have been agreed to participate in the study and so to include their cases. The tutorial also describes how these users can “send” their arthroplasty forms to the MDB. (2) The second tutorial is devoted to the set up of the MDB itself by the Local Administrator of this MDB (who generally is different from the “transmitting” RDB Administrator). This set up regards the various parameters of the study, and firstly the agreed users including their rights for getting access to CRFs, choice of follow-up periods to be considered, and used clinical scores, as well as any kind of administrative data allowing the Manager to get in touch at any time with any of the actors participating in the ongoing study. (3) The third tutorial at last, is in fact the most important as it details the practical use of these MDBs while carrying out any study, namely with respect to the three specific MDB sub-tabs devoted to the display of the official protocol, as well as current statistics about inclusions of CRFs and status at the various follow-up periods, and also the directory of all enrolled patients with personal status according to their participation in the study. The monitoring of any clinical study can thus be performed ideally and on real time…

These tutorials get launched by clicking on the related picture. Adobe Flash Player must have been previously installed on your computer, as for any other tutorial on this blog… Don’t refrain from using forth and back arrows, as well as the “pause” button, whether any detail needs a bit of additional time…

This RDB having been previously agreed by the Global Administrator to be “linked” to the given MDB(s), the Administrator may choose among the registered users of this RDB the ones who will be allowed to send their forms CRFs (Clinical Record Forms) to the authorized MDB(s).

These agreed Users will thus be able from the “arthroplasty” form of any patient to be enrolled in the study, to “link” this form dynamically to the related MDB, under a process already described for linking a form to a Scientific DataBase… Sending bundled forms can be done as well through lists obtained thanks to the multi criteria search.

It has to be said that a control process at source prevent from sending incomplete forms to MDBs… The various mandatory records from the “demographics” as well as regarding prosthesis related ones must have been duly populated for the form to be linked to the study. This point is critical for avoiding later on any tedious double check…

2 – Set up of the Monitored Data Base by the Local Administrator of this MDB:

These settings are of major importance since they will allow for “customizing” any study upon the protocol that has been previously defined while being discussed at birth of the project with the involved group of surgeons. The first step of course consists in registering the Users of this MDB, and granting both their specific rights (de-identified or not, being said that the forms are under a “read only” mode in all cases, no creation or modification being possible from the MDB), and the Surgeons who will be “allocated” and of whom they will be able to get forms and statistics displayed. Of course the Manager of the study will get access to all forms belonging to the study on real time in order to monitor the advance of the data collection.

This set up will then regard the registration of the official protocol for the ongoing study, which will be later on displayed on the User section to make reference at any time. The clinical follow-up periods at which visits have to be performed will be notified, as well as all contact details about Surgeons / Clinical Centres getting involved in the study. Thes surgeons would be thus easily addressed by mail or phone with respect to any additional finding, explanation or comment about their forms, results or potential adverse effects.

Lastly the selection of clinical scores remains critical, being said that whether more than one score has been chosen among all officially registered scores available from the OrthoWave “portfolio”, each CRF will need to get all the chosen scores duly performed for the CRF being assessed as “complete”. Additionally, the Manager of the ongoing study can choose whether statistics of clinical results can be provided only for “totally complete” forms, or if they might refer to the ongoing study as a whole.

3 – The practical use of MDBs by involved actors of the study:

This third tutorial is in fact the most critical, while detailing the practical use of the MDB to carry out the study, namely through its three specific sub-tabs, i.e. the first displaying the protocol of the study, while the second allows for watching on real time statistics of inclusions and follow-up of forms by surgeons or for the whole group, and the third sub-tab lists all enrolled patients with colored disks upon their status and advance in the study. The monitoring of the study can thus be done under a continuous control, and precise assessment of “frozen” records for the various actors of this study

Of course, any other feature commonly provided in RDBs will be available upon these MDBs, i.e. watching forms, complications and clinical results, analyzing x-rays and videos, playing with statistics as well as exporting as csv files the whole data inputted in the MDB, be they surgical reports or clinical results, to be forwarded to any specifically statistics devoted software for additional high level analyses.

Another process is provided by MDBs to automatically recall patients for due visits, which is of great help for the secretarial staff. Each surgeon in addition receives at serial periods upon Manager’s wishes the statistics of his own about inclusions of patients in the study, and related visits to get completed. Naturally, each surgeon will be able to watch only (apart from a specific choice from the Manager) his own patients’ forms and in no case the other forms from his colleagues. He nevertheless can compare his own statistics, about follow-up or clinical results, to the study as a whole.